In the Yucatan Peninsula there is a great network of aquifers that have formed millions of years ago, when the peninsula was submerged in the sea; and when the porosity of these ancient reefs was exposed, they allowed the permeability of the rain thus creating these wonderful natural spectacles known as cenotes.

The word comes from the Mayan word dzonot which means water cave. And they were of great importance for the Mayan civilization in ceremonial rites for being considered portals of the underworld. As well as for the Mictlán Mexica, for the Xibalbá Mayans.

There are more than 10,000 cenotes registered throughout the peninsula, and the total number of all of them is still unknown because the speleological exploration necessary for encompass so much immensity, since these bodies of water are interconnected by underground caves.

To know their age, just look at their geomorphology: if they are open, semi-open or closed. Those open - in which its cupola has already yielded due to the passage of time - would be the oldest. As is the case of the Ik-Kil cenote, one of the most visited by tourism.

Also known as the sacred blue cenote, Ik Kil has a diameter of 60 meters and the height is 25 meters to the water, with a depth of 43 meters. Long liana-shaped tree roots descend from above, seeking the coveted water. Here there have been competitions of divers from the Red Bull tournament, who perform spectacular jumps in the cenote.

The stop at Ik-Kil is usually almost a must after having toured the archaeological ruins of Chichén Itzá in the sweltering heat . Immersing yourself in the freshness of its crystalline waters gives a rest to the body and an invaluable gift to the eye. The facilities are quite prepared to receive the numerous visitors. It has access stairs to the cenote, which is at a considerable depth, as well as showers, dressing rooms and services.

The entrance price to the Ik Kil cenote must be added if you want to hire a luggage room to leave the belongings and the life jacket if we wish. Parking is free.

Visiting hours to the Ik Kil Cenote are from 9:00 am to 5:00 pm, and it remains open every day of the year.

Its location and beauty have put it on the map as one of the must-sees in your visit to the Yucatan Peninsula. Since it is not only very close to Chichén Itzá but also to Valladolid -30 minutes approximately- and the archaeological site of Ek Balam. As well as halfway between Mérida and Cancun.

Access is quite easy traveling on Highway 180, we will find the detour on the right hand side just about 3 km from Chichén Itzá. 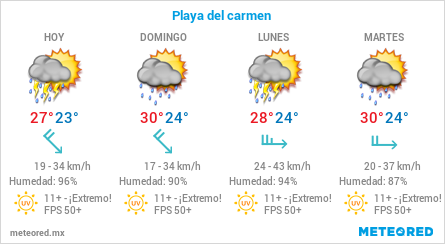